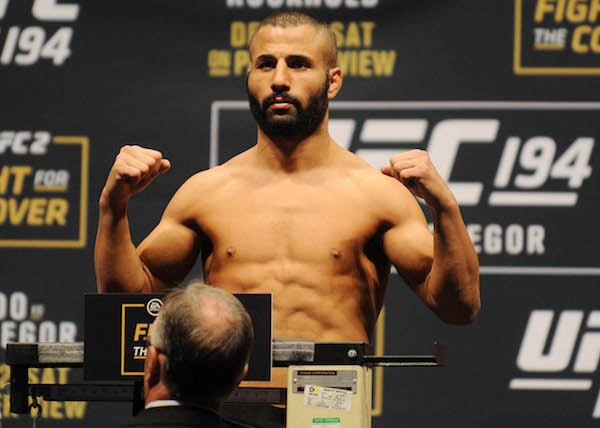 The latest fight booking for June’s UFC 199 in California is a lightweight bout as John Makdessi will meet Ultimate Fighter 22 alum Mehdi Baghdad on the preliminary card.

The fight booking was announced by the UFC on Friday morning.

UFC 199 will come from The Forum in Inglewood, California on June 4 and will be headlined by a title fight rematch as Luke Rockhold defends the UFC middleweight title against former UFC champion Chris Weidman.

Makdessi (13-5) has lost back to back fights and three of his last four. His last win came at UFC 186 last year against Shane Campbell and he enters this fight following a split decision defeat against Yancy Medeiros. Baghdad (11-4) lost his official UFC debut in January as he was submitted by Chris Wade. The defeat snapped a seven fight winning streak and it was his first career defeat by submission.

The current UFC 199: Rockhold vs. Weidman II fight card is below.