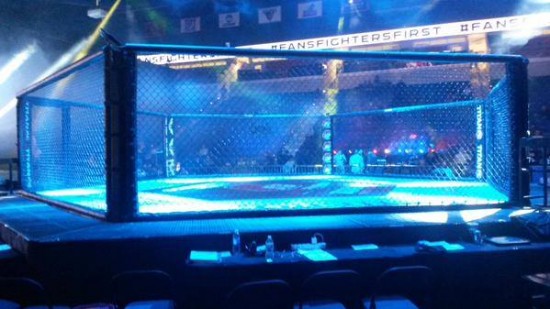 Titan FC 38: During his time away from competition, Micah Miller traveled and did some teaching in Saudi Arabia

Micah Miller will return to competition on Friday night for the first time since the fall of 2014 as he will meet Alan Arzeno at Titan FC 38 in Miami, Florida.

Miller (19-8, 1NC) enters this fight with back to back defeats and this will be his second fight in Titan FC as he previous appearance in the promotion came at Titan FC 29 as he lost to Bristol Marunde by decision. During this past Thursday’s edition of “The MMA Report Podcast,” Miller talked about his fight coming up on Friday night and explained what he has been doing since his last fight.

“The last year and a half has just been healing some injuries,” Miller said. “I feel like I have been fighting since I was 18 and it has kind of been non-stop. I had some injuries I had to deal with so I took some time off. I went and traveled. Did some teaching at Arena MMA and Fitness in Saudi Arabia. Got to see the world a little bit and meet some people. Make some new friends. Came back and now it’s time to fight again.”

Check out Miller’s complete interview from Thursday’s episode of “The MMA Report Podcast” below and be sure to subscribe to the show on iTunes and Stitcher.