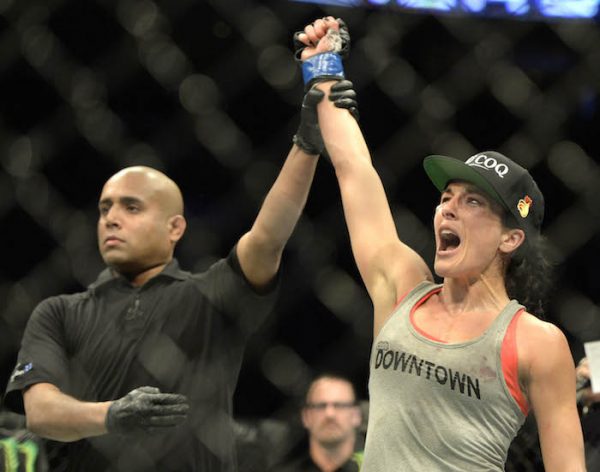 The fight booking was announced by the UFC on Thursday and in the announcement of the fight booking, the promotion stated the organization is looking into possibly opening a women’s flyweight division in the future.

UFC Fight Night 89 will take place on June 18 from The Arena at TD Place in Ottawa, Ontario, Canada and the event will be headlined by a welterweight bout as former UFC title challenger Rory MacDonald meets Stephen Thompson.

Letourneau (8-4) lost to UFC women’s strawweight champion Joanna Jedrzejczyk by decision in November and the defeat snapped a four fight winning streak. Five of her eight wins have come by stoppage and four of those have come by TKO/KO. Calderwood (10-1) has won two of her three fights in the UFC and is coming off a win against Cortney Casey in July of last year. This will be her first fight since that fight and four of her six wins have come by finish.

The current UFC Fight Night 89: MacDonald vs. Thompson fight card is below.