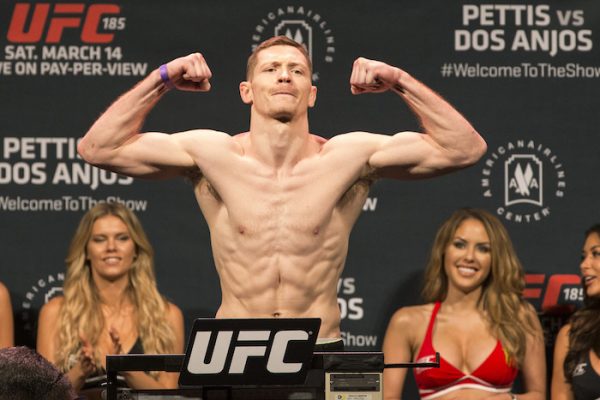 A lightweight bout has been booked for UFC Fight Night 90 on Thursday, July 7 in Las Vegas as Joe Duffy will meet Mitch Clarke.

UFC Fight Night 90 will come from the MGM Grand Garden Arena and will be headlined by a title fight as Rafael dos Anjos defends the lightweight title against Eddie Alvarez.

Duffy (14-2) had his four fight winning streak snapped in January as he lost a decision against Dustin Poirier at UFC 195. During his four fight winning streak, all of the wins came by stoppage and three of them came in the opening round. Clarke (11-3) will also enter this fight following a lost as he was defeated by Michael Chiesa at UFC Fight Night 63. This will be his first fight since losing to Chiesa last year and he is 2-3 in the UFC.

The current UFC Fight Night 90: Dos Anjos vs. Alvarez fight card is below.