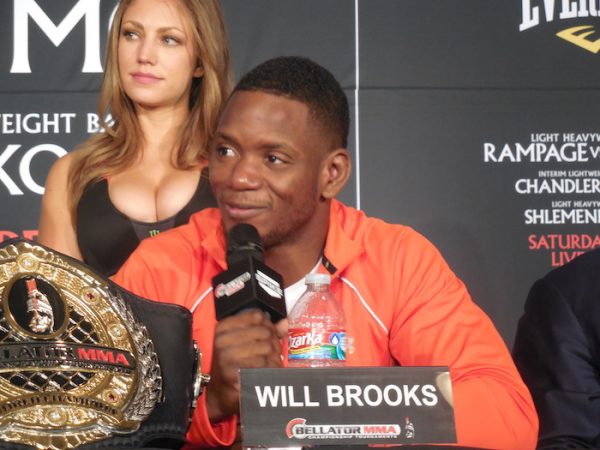 Just hours before Bellator 154, the California based mixed martial arts promotion made some news as they have given Will Brooks his full contract release and have striped Vitaly Minakov of the heavyweight title.

This news was reported by MMA Junkie as they were informed of the decisions by Bellator President Scott Coker and The MMA Report has been informed that Bellator has given up their right to match any contract that Brooks receives.

“It was very simple,” Coker stated to MMA Junkie. “Will Brooks’ contract is ending, and we made a decision not to renew it. We’re going to give him a full release, so we’re not going to be in the Will Brooks business any longer. We’re going to retain Minakov’s rights with the company, but we are going to strip him of the title for lack of participation, basically,” Coker said. “We hope we can work it out, but we’re going to be moving on from Minakov.”

Following the news of Brooks being given his full release, the American Top Team fighter sent out a video via Twitter to say thank you.

Stay tuned to The MMA Report for updates on the free agency status of Will Brooks.