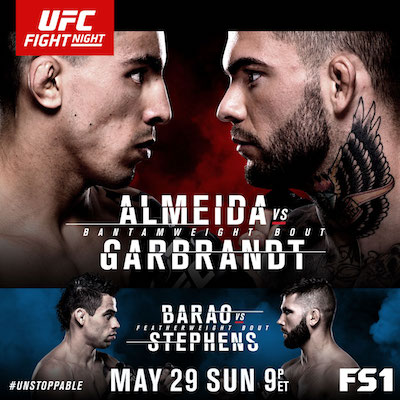 Abel Trujillo has a new opponent for UFC Fight Night 88 on Memorial Day Weekend in Las Vegas as the UFC has signed Jordan Rinaldi to replace Carlos Diego Ferreria, who was removed from this event due to a potential anti-doping violation.

The new fight booking was announced by the UFC on Tuesday.

UFC Fight Night 88 will come from the Mandalay Bay Events Center in Las Vegas, Nevada on May 29 and will be headlined by a bantamweight bout as Thomas Almeida meets Cody Garbrandt.

The current UFC Fight Night 88: Almeida vs. Garbrandt fight card lineup is below.