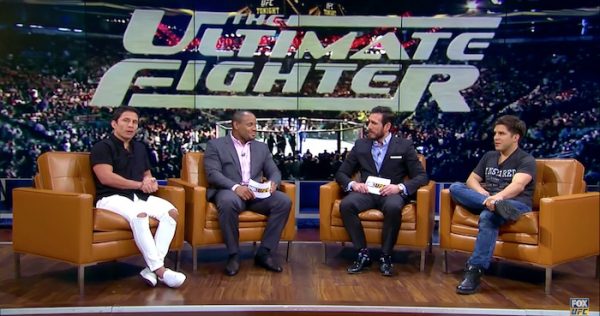 The Ultimate Fighter 24 will premiere later this year and this season of the reality show will determine the next title challenger for UFC flyweight champion Demetrious Johnson.

During Wednesday night’s edition of UFC Tonight on FS1, it was announced that the coaches for this season would be former title challengers Joseph Benavidez and Henry Cejedo. During the weekly UFC news program, the fighters discussed the opportunity to coach the upcoming season of The Ultimate Fighter 24 and Benavidez talked about what it will be like seeing Cejudo for several weeks during the taping of the show before they meet at the live finale.

“It’s not like we’re going to dinner or bowling,” Benavidez said. “We’ll see each other in the gym, in a competitive nature and build up to the fight. This fight is a long time coming for me. I’ll be ready to wrap it and get to the fight.”

Check out the complete segment from UFC Tonight with Benavidez and Cejudo below.