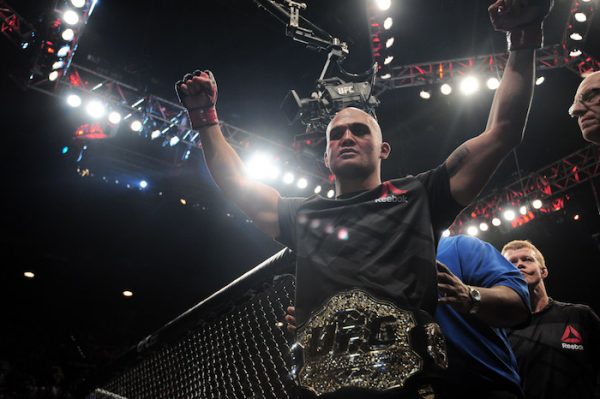 The UFC welterweight title will be on the line in the main event of UFC 201 on July 30 in Atlanta, Georgia as Robbie Lawler will defend the 170 pound title against Tyron Woodley.

The fight booking was made official by the UFC on Tuesday.

UFC 201 will come from the Phillips Arena and ticket information is expected to be released shortly by the UFC.

Lawler (27-10, 1NC) successfully defended the UFC welterweight title in January as he scored a split decision victory against Carlos Condit at UFC 195. It was his second title defense since winning the title in late 2014 and he is currently on a five fight winning streak. Woodley (15-3) has won back to back fights and four of his last five. His last fight came in the beginning of 2015 as he defeated Kelvin Gastelum by split decision at UFC 183.