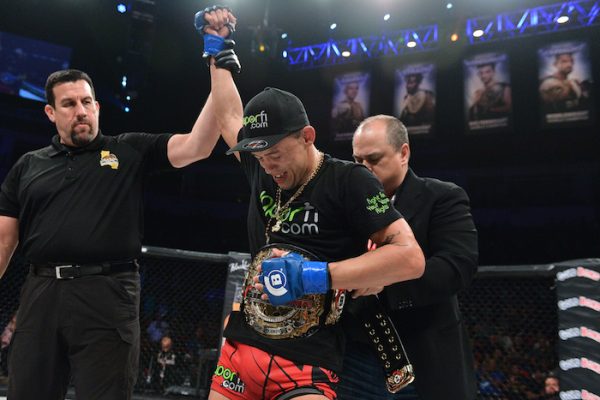 Bellator 156 took place on Friday night at the Save Mart Center in Fresno, California and was headlined by Eduardo Dantas reclaiming the Bellator bantamweight title with a decision victory over Marcos Galvao.

Along with Dantas regaining the bantamweight title in the main event, the main card on Spike featured Chidi Njokuani moving to 2-0 in Bellator with a knockout victory over Thiago Jambo in the co-main event of the fight card.