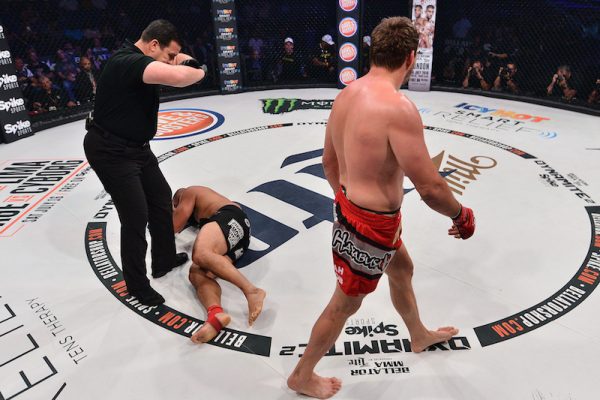 Bellator 157 took place on Friday night at the Scottrade Center in St. Louis, Missouri and was headlined by Quinton “Rampage” Jackson won his fifth straight fight with a decision win over Satoshi Ishii in a heavyweight bout

In the co-main event of the fight card, Michael Chandler became the sixth fighter in Bellator history to become a two-time Bellator champion as he scored a knockout of the year candidate victory over Patricky “Pitbull” Freire in the opening round to claim the Bellator lightweight title.

Also on the main card, Matt Mitrione won his Bellator debut with a knockout victory in the opening round against Carl Seumanutafa and Ilima-Lei MacFarlane remained undefeated in her young career with a submission victory against Rebecca Ruth.

Check out the video highlights of the event below.