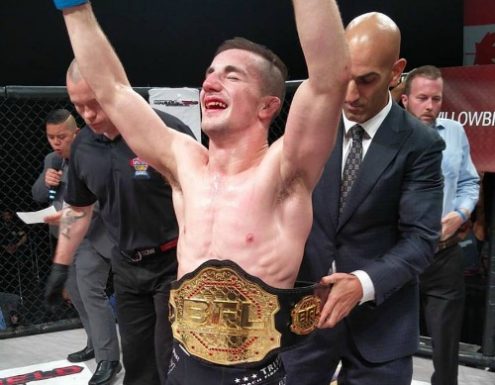 Bantamweight Jamie Siraj returned to competition last weekend for the first time in nearly fifteen months at Battlefield Fight League 44 and claimed the vacant bantamweight title with a submission win in the third round against Nick Ghaeni.

Siraj (2-1) had been away for competition for 448 days and he was able to even up the score against Ghaeni, who defeated him by decision at Battlefield Fight League 35. With the length of time between fights for Siraj, he explained on Wednesday’s edition of “The MMA Report Podcast” that being away made him appreciate the process of the fight game.

“I was really more anxious and excited to get back in there,” Siraj stated on The MMA Report Podcast. “I was a lot more appreciative of the whole process too. Being away from the cage so much, you don’t realize how much you miss it until it’s gone.”

Check out Siraj’s complete interview from Wednesday’s edition of “The MMA Report Podcast” below and be sure to subscribe to the show on iTunes and Stitcher.