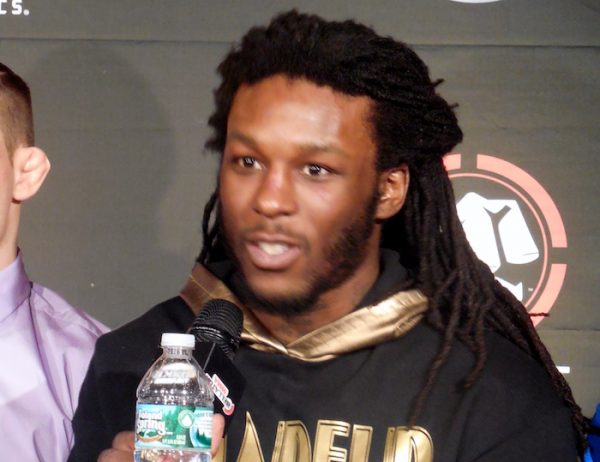 The new fight bookings were announced by Titan FC on Tuesday and the other three new fights are Bruce Lutchmedial vs. Edir Terry, Sabah Homasi vs. Preston Parsons and Ron Stallings vs. Cristiano Souza.

Titan FC 40 will come from the BankUnited Center in Coral Gables, Florida and will be headlined by a title fight as Gesias “JZ” Cavalcante will defend the Titan FC lightweight title against Freddy Assuncao.

Green (17-5) returned to the lightweight division earlier this year and has won back to back fights. He is coming off a decision win against Desmond Hill at FFC 24 in June and he is 5-2 since exiting Bellator in 2014. Carrillo (10-6) enters this fight following a knockout lost in March against Mike Perry at Island Fights 37. He is 4-2 in his last six fights and three of those wins have come by decision.

Lutchmedial (5-1) has won five in a row since dropping his pro debut in 2011 against Anthony Christodoulou. Four of his five wins have come by decision and he enters this fight following a decision win against Pablo Alfonso at Titan FC 38. Terry (5-1) is currently on a four fight winning streak and this will be his Titan FC debut. His last three wins have come by decision and his most recent win came in May at House of Fame 5 against Irvin Veloz.

Stallings (13-8, 1NC) will be making his Titan FC debut in this fight and this will be his first fight since exiting the UFC last year. He is 1-3 in his last four fights and he is coming off a disqualification lost against Joe Riggs at UFC 191. Souza (7-1) has been out of competition since losing to Sam Oropeza at Bellator 112 in 2014. Six of his seven wins have come by stoppage and four of those wins have come in the opening round.

The current Titan FC 40: Cavalcante vs. Assuncao fight card is below.