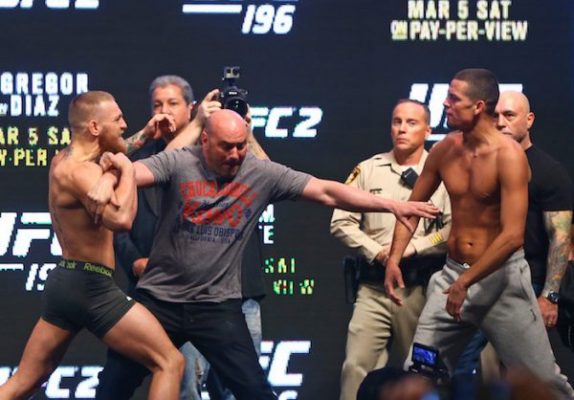 The rematch between Nate Diaz and Conor McGregor is now official for UFC 202 on August 20 as they will meet in the main event of the fight card.

The fight booking was made official by the UFC during the main card broadcast of UFC 199 on Saturday night.

The initial meeting between Diaz and McGregor took place in March and Diaz won by submission in the second round. They were scheduled to have their rematch at UFC 200 next month, but the UFC scratched the fight booking due to McGregor not willing to come to a press conference in Las Vegas to promote the fight.