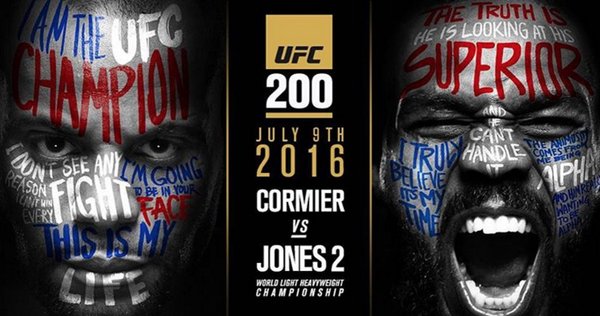 Former UFC heavyweight champion Brock Lesnar will be returning to the octagon next month at UFC 200 as he will be in the co-main event of the fight card against an opponent to be determined.

The return of Lesnar was announced on Saturday night during the UFC 199 pay-per-view.

Following the announcement that Lesnar will be competing at UFC 200 next month in Las Vegas, the WWE issued a statement that Lesnar remains under contract with the organization and they have allowed him to take this fight at UFC 200.

“Brock Lesnar remains under contract to WWE, however, he has been granted a one-off opportunity to compete at UFC 200,” the WWE statement. “Following this milestone event on July 9, Brock will return to WWE for SummerSlam on Sunday, August 21, live on WWE Network.”

The current UFC 200: Cormier vs. Jones II fight card is below.