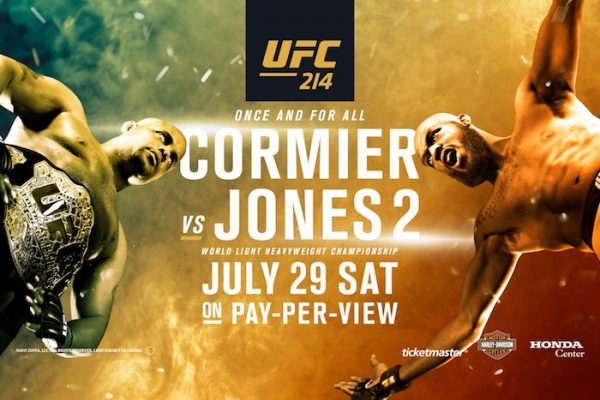 UFC 214 took place on Saturday night at the Honda Center in Anaheim, California and was headlined by Jon Jones regaining the UFC light heavyweight title with a knockout victory against Daniel Cormier in the third round.

Get a full recap of the fight card on this episode of The MMA Report Post Fight Podcast as Jason Floyd and Daniel Galvan give their thoughts on the event. They discuss all aspects of this UFC fight card and answer listener questions submitted on social media.