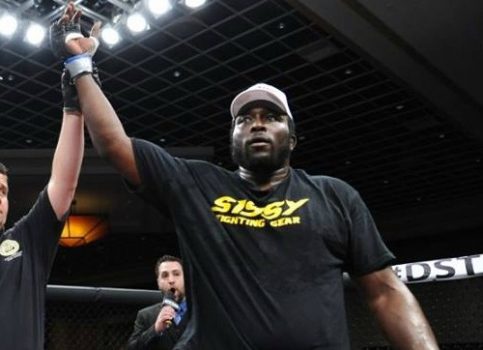 The vacant heavyweight title will be on the line on August 12 at CES MMA 37 as Ashley Gooch will look to claim the title when he meets Greg Rebello on the fight card coming from the Twin River Casino in Lincoln, Rhode Island.

Gooch (9-4) enters this fight on a seven fight winning streak and won his CES MMA debut at the beginning of this year with a submission victory against Josh Diekmann. When CES MMA announced this fight booking, Gooch stated that Rebello has “never fought anyone of my caliber” and he explained his statement on Wednesday’s edition of “The MMA Report Podcast.”

“I train at a world class gym. Have world classes coaches and overall confidence in myself,” Gooch explained. “I just feel like some of the guys he has faced have been a little subpar. Not saying that he is not a good fighter because he is. That is just part of how we come up. We don’t always fight up and I feel like this will definitely be a fight up for him.”

Check out Gooch’s complete interview from Wednesday’s edition of “The MMA Report Podcast” below and be sure to subscribe to the show on iTunes and Stitcher.