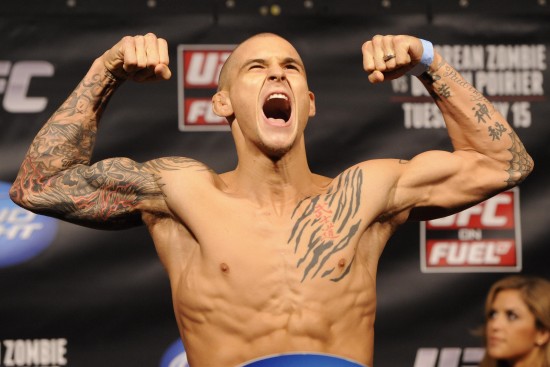 The UFC announced last week that the promotion would be heading to Hidalgo, Texas for UFC Fight Night 94 and the main event of the fight card will be a lightweight bout between Dustin Poirier and Michael Johnson.

UFC officials announced the fight booking on Monday and they also announced six other fights with the matchup being Uriah Hall vs. Derek Brunson, Abel Trujillo vs. Evan Dunham, Manny Gamburyan vs. Alejandro Perez, Sam Sicilia vs. Gabriel Benitez, Joey Gomez vs. Jose Quinonez and Chas Skelly vs. Maximo Blanco.

UFC Fight Night 94: Poirier vs. Johnson will come from the State Farm Arena and tickets will go on sale to the public on Friday, August 5.

Poirier (20-4) returned to the lightweight division last year and has won four in a row since coming back to 155 pounds. Three of those four wins have come by TKO/KO and is coming off a knockout win against Bobby Green at UFC 199. Johnson (16-10) enters this fight with back to back defeats and is most recent lost came in December at UFC on FOX 17 against Nate Diaz. His last win came in early 2015 against Edson Barboza and three of his last four wins have come by decision.

The current UFC Fight Night 94: Poirier vs. Johnson fight card is below.