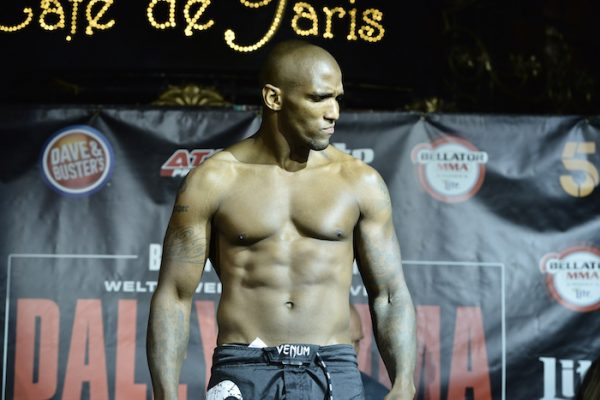 After losing to Phil Davis in the final of the one-night, four-man light heavyweight tournament last year, Francis Carmont will return to the Bellator cage tonight as he will meet Lukasz Klinger at Bellator 158 in London.

Prior to losing to Davis, Carmont (24-11) had won both of his previous fights in Bellator and both of those wins have come by decision. Initially, he was scheduled to meet Linton Vassell on this fight card, but Vassell had to pull out of the fight due to an injury and Klinger took the fight on less than two weeks notice.

The change in opponent is becoming a familiar situation for Carmont in Bellator. In the one-night tournament, he was initially scheduled to take on Philipe Lins in a reserve fight. However, Bellator had to make a change and he ended up facing Anthony Ruiz.

During “The MMA Report Preview Show” for Bellator 158, Carmont was a guest on the show to discuss his fight tonight against Klinger and talked about how he is not worried about the opponent change as he is just focusing on himself.

“I know it’s a different opponent and different fight,” Carmont stated. “I am going to focus on my game. Make my best for another big win and big performance.”

Check out Carmont’s complete interview from “The MMA Report Preview Show: Bellator 158 Edition” below and be sure to subscribe to the show on iTunes and Stitcher.