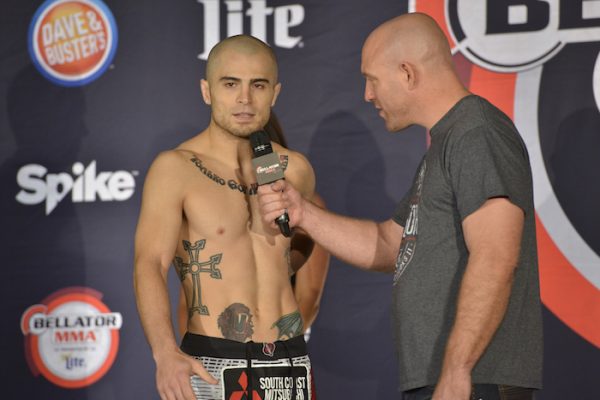 A rematch in the featherweight division has been announced for next month’s Bellator 160 as Bubba Jenkins will look to even up the score against Georgi Karakhanyan.

The fight booking was announced during the main card broadcast of Bellator 159 on Friday night.

Bellator 160 will come from the Honda Center in Anaheim, California on August 26 and will be headlined by a lightweight bout as Benson Henderson will meet former Bellator featherweight champion Patricio “Pitbull” Freire.

Karakhanyan (24-6-1) has dropped back to back fights in Bellator and his most recent defeat came in May against Pat Curran. In his first meeting against Jenkins, he won by submission in the opening round and fourteen of his twenty-four wins have come by submission. Jenkins (11-2) has won three in a row since losing to Karakhanyan at Bellator 132. His last two wins have come by decision and his last win came against Goiti Yamauchi.