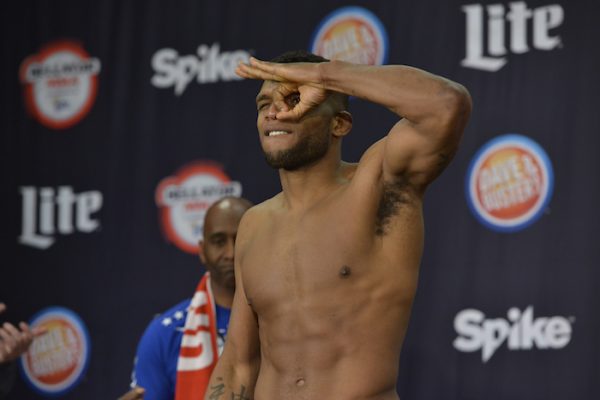 The main event of tomorrow’s Bellator 158 will be a title eliminator fight in the Bellator welterweight division as Paul Daley will meet former Bellator champion Douglas Lima on the fight card coming from the O2 Arena in London, England.

Daley (38-13-2) is currently on a five fight winning streak and has won nine of his last ten fights. He is coming off a knockout win against Andy Uhrich in January at Bellator 148 and was initially scheduled to face Josh Koscheck on this fight card. However, Koscheck pulled out of the event due to an injury and Bellator turned to Lima.

This marks the second time that Bellator has booked Daley and Lima to meet each other. Initially, there were going to meet last year at Bellator 134 for the Bellator welterweight title. However, Lima had to pull out of the fight due to an injury and there long awaited fight will finally take place tomorrow in London.

Earlier this week, Daley was a guest on “The MMA Report Podcast” to preview his fight against Lima at Bellator 158 and made the bold prediction that he is going to defeat Lima “very easily” tomorrow night in London.

“When Bellator initially tried to make this fight, I was doing a lot of kickboxing and I had not had much MMA cage time,” Daley explained. “I was preparing to fight a very much what people seem to be an invincible champion. After having my MMA fights and got back in the cage and been reminded of what I am capable of. Having to look back through history and the way of my life. My training is set up right now that this fight is just another fight. I am going to go in there and beat Douglas Lima very easily.”

Check out Daley’s complete interview from Wednesday’s edition of “The MMA Report Podcast” below and be sure to subscribe to the show on iTunes and Stitcher.