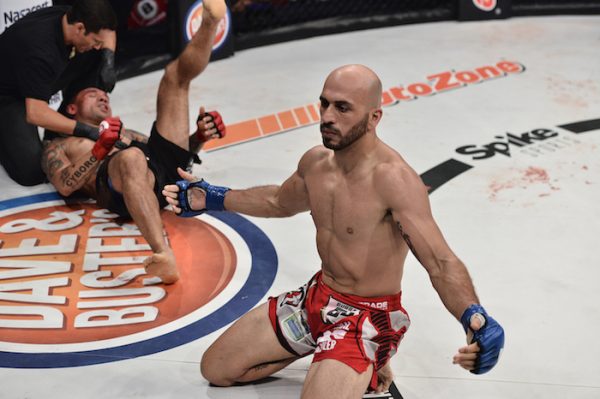 Another lightweight bout has been added to the Bellator 160 fight card on August 26 in Anaheim, California as Saad Awad will meet Derek Anderson.

The fight booking was announced by Bellator in a press release on Tuesday and the promotion also announced that Kevin Ferguson Jr. will make his pro debut on the preliminary card.

Bellator 160 will come from the Honda Center and will be headlined by a number one contender bout in the lightweight division as former UFC champion Benson Henderson meets former Bellator featherweight champion Patricio “Pitbull” Freire.

Awad (19-7) has won four of his last five fights and is coming off a TKO win against Evangelista “Cyborg” Santos at Bellator 154 in a welterweight bout. Since returning to Bellator in 2013, Awad had gone 7-3 and five of those wins have come by stoppage. Anderson (13-2, 1NC) is coming off a decision win against Patricky “Pitbull” Freire in December and he is 2-2 in his last four fights. He has won four of his six fights in Bellator and two of those wins have come against Patricky.