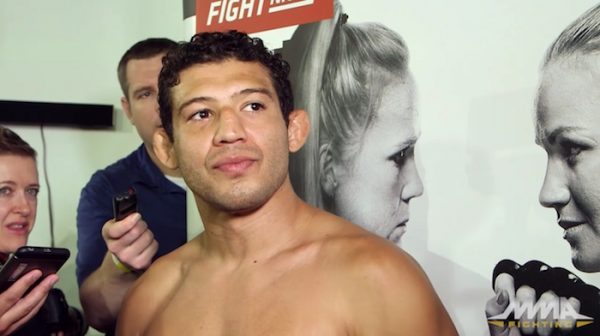 Former Strikeforce lightweight champion Gilbert Melendez will return tonight at UFC on FOX 20 as he will meet Edson Barboza in the co-main event of the fight card coming from the United Center in Chicago, Illinois.

Melendez (22-5) enters this fight on a two fight losing streak and has gone 1-3 since entering the UFC in 2013. This will be his first fight since June of last year, which was a split decision defeat against current UFC lightweight champion Eddie Alvarez.

Earlier this week in Chicago, Melendez talked to the media about his fight tonight against Barboza and check out the entire media scrum below courtesy of MMA Fighting.