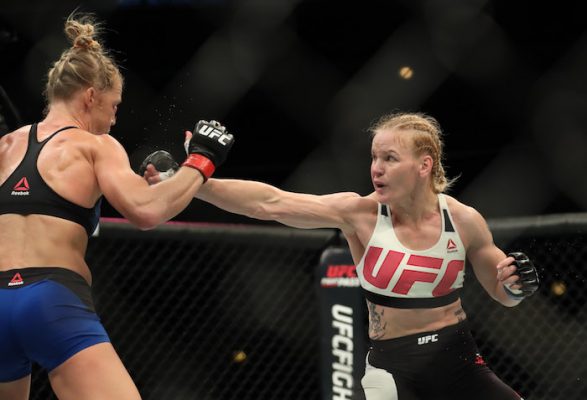 UFC on FOX 20 took place this past weekend at the United Center in Chicago, Illinois and was headlined by Valentina Shevchenko scoring a decision win over former UFC champion Holly Holm.

According to FOX Sports press release, the UFC on FOX 20 main card averaged 2.975 million viewers in the final ratings and the peak viewership of the broadcast came during the main event (10-10:15 p.m. ET) with 4.687 million viewers.

Other notes on the UFC on FOX 20 television ratings per FOX Sports press release:

The UFC will be returning to FOX Sports this weekend for coverage of UFC 201: Lawler vs. Woodley as the televised preliminary card will air on FS2 at 8 p.m. ET/5 p.m. PT.