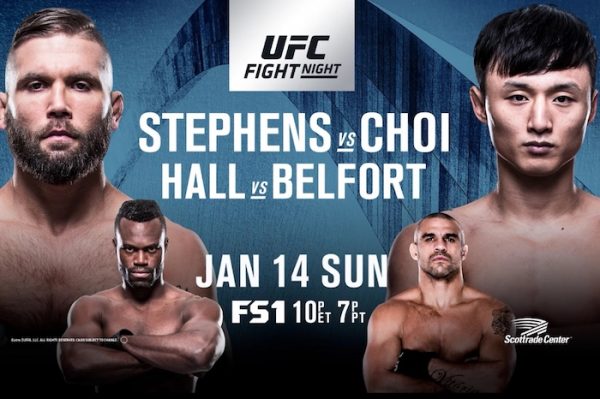 UFC Fight Night 124 took place on Sunday evening in St. Louis, Missouri and was headlined by a featherweight bout between top fifteen UFC title contenders as Jeremy Stephens won his second straight fight with a knockout victory in the second round against Doo Ho Choi.

The television ratings for the fight card came out earlier today and the main card delivered 1,285,000 viewers on FS1 according to Nielsen Media research, up 18% over the Yair Rodriguez vs. B.J. Penn Fight Night on the same Sunday last year that started head to head with NBC’s Pittsburgh-Kansas City NFL playoff game (1,090,000). It’s also the most-watched UFC Fight Night on cable in nearly two years (1,317,000 on 2/6/16 on FS1) and the peak viewership of the broadcast came in the 10:45-11:00 p.m. ET quarter-hour with 1,3900,000 viewers (Kamaru Usman vs. Emil Meek). In addition, the viewership pushed FS1 to number one among cable sports networks in viewership during the telecast. On FSGO and FOX Now, the telecast had an average minute audience of 14,244.

The UFC will return to FS1 this weekend as the cable sports network will have the televised preliminary card for UFC 220. Calling the fights will be Jon Anik, Joe Rogan, and Dominick Cruz with the studio analysts being Jimmy Smith, Rashad Evans, and Kenny Florian.