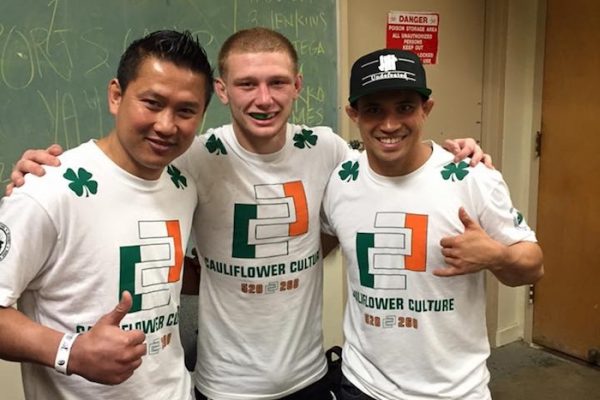 Video: Casey Kenney talks about MMA judging and his fight tonight at LFA 31 against Kendrick Latchman

LFA 31 will take place tonight from the Comerica Theatre in Phoenix, Arizona and one of the fights on the main card broadcast on AXS TV will be a catchweight bout of 130 pounds as Casey Kenney will look to bounce back from a decision defeat on Dana White’s Tuesday Night Contender Series as he will take on Kendrick Latchman.

Kenney (7-1-1) had two fights on Dana White’s Tuesday Night Contender Series last year and went 1-1 in those fights. In his first fight on the series, he scored a decision victory against CJ Hamilton and then he dropped a split decision against Adam Antolin. Tonight will be his first fight since losing against Antolin in late August and this will be his second fight in LFA as his first fight in the promotion came at LFA 11 in May of last year.

During this week’s podcast, Kenney was a guest on the show to preview his fight tonight against Latchman. Along with previewing his fight, he talked about the state of MMA judging and how he went back and looked at the judges that scored his last fight.