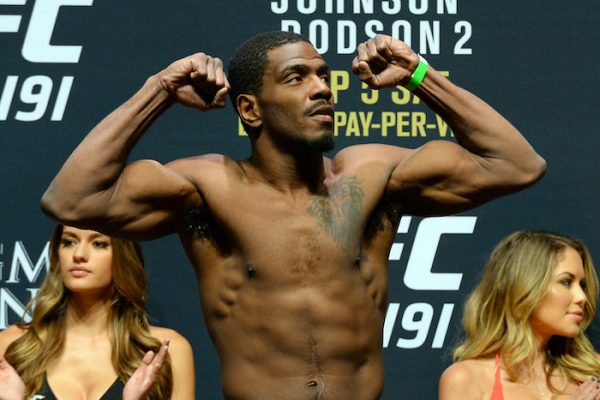 After being on sidelines for eleven months, Ron Stallings is excited to return tomorrow night at Titan FC 40

After going 1-2 in the UFC last year, Ron Stallings will return to competition tomorrow night at Titan FC 40 in Coral Gables, Florida as he will meet Rashaun Spencer in a middleweight bout on the fight card coming from the BankUnited Center.

Stallings (13-8, 1NC) enters this fight following a disqualification lost to Joe Riggs at UFC 191 and he was initially scheduled to face Cristiano Souza on this fight card. However, Souza pulled out of the fight recently and Stallings with now meet Spencer.

When Stallings walks into the Titan FC cage tomorrow night, it will be exactly eleven months (335 days) since his fight against Riggs and he is just happy to finally be back in competition after having some fights fall through.

“We have been trying to make a quick turnaround and a bout like that leaves a bad taste in your mouth,” Stallings said on yesterday’s episode of The MMA Report Podcast. “So you want to get back in the cage. We had been trying to do that and things did not work out. Stuff fell through, but this one stuck. So I am happy to be in the Titan cage to show my stuff.”

Check out Stallings complete interview from yesterday’s episode of “The MMA Report Podcast” below and be sure to subscribe to the show on iTunes and Stitcher.