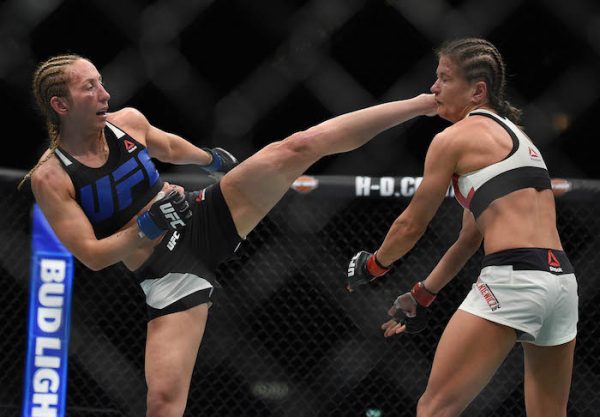 Following her win at Invicta FC 18 two weeks ago, Alexa Grasso has signed with the UFC and will make her promotional debut on November 5 in Mexico City against Heather Jo Clark.

UFC Fight Night: Dos Anjos vs. Ferguson will come from the Arena Ciudad de Mexico in Mexico City and tickets are scheduled to go on sale September 2.

Grasso (8-0) defeated Jodie Esquibel by unanimous decision at Invicta FC 18 and it was her first fight in seventeen months. Four of her eight wins have come by decision and her other four wins have come by TKO/KO. Clark (7-5) is coming off a decision lost in May against Karolina Kowalkiewicz and this was her first fight in sixteen months. She is 1-1 in the UFC and is 3-3 in her last six fights.