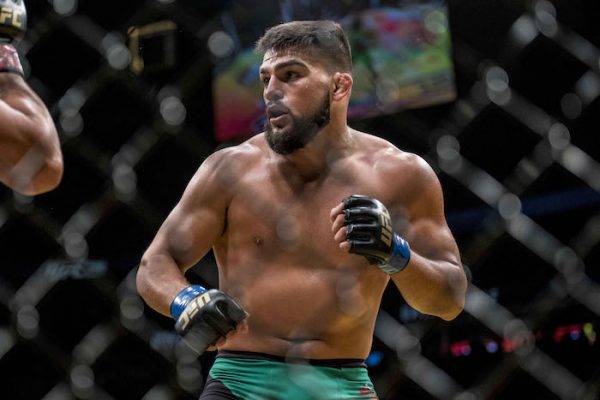 Ultimate Fighter 17 winner Kelvin Gastelum will return to the octagon in November at UFC Fight Night 98 in Mexico City as he will meet Jorge Masvidal.

The fight booking was announced by the UFC on Wednesday afternoon.

Gastelum (12-2) has gone 2-2 in his last four fights and is coming off a decision win in July at UFC 200 against former UFC welterweight champion Johny Hendricks. Three of his last four fights have gone the distance and both of his career defeats have come by split decision. Masvidal (30-11) is coming off a decision win in July as he defeated Ross Pearson at UFC 201. The defeat snapped a two fight losing streak and it was his first victory by decision since defeating James Krause in 2014.