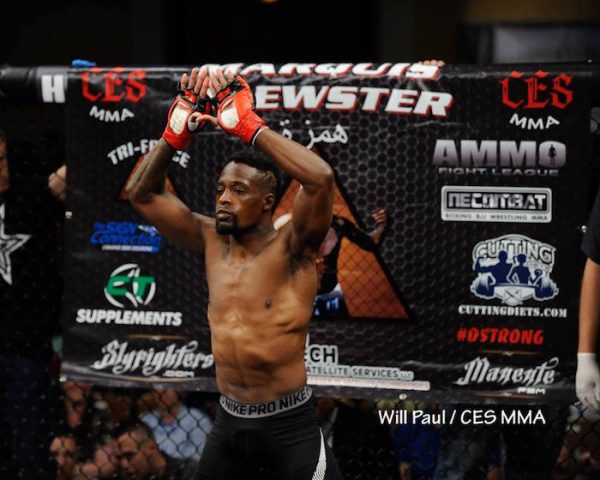 The second professional mixed martial arts fight for bantamweight Marquis Brewster will take place tomorrow night at CES MMA 37 as he will meet Roosevelt Archie on the fight card coming from the Twin River Casino in Lincoln, Rhode Island.

Brewster (1-0) won his professional debut in June when he defeated Vladimir Kazbekov at CES MMA 36 and he was initially scheduled to face Tim Williams on the fight card. However, Williams recently pulled out of the fight and Brewster explained on yesterday’s edition of “The MMA Report Podcast” how the preparations for this fight changed when he received a new opponent.

“It altered the preparation a little bit just because obviously we prepared Tim Wheeler, who was a different fighter,” Brewster said. “A lot shorter than Roosevelt. So the preparation has definitely had to change up now. Thank god that I actually train with Nate Andrews, who is a long fighter. We can do something with that so I am happy about that.”

Check out Brewster’s complete interview from yesterday’s episode of “The MMA Report Podcast” below and be sure to subscribe to the show on iTunes and Stitcher.