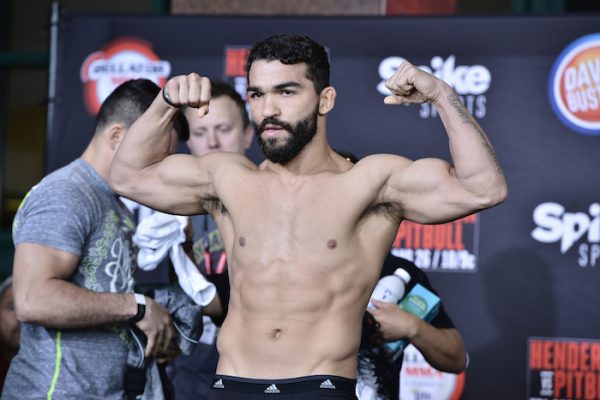 Former Bellator featherweight champion Patricio “Pitbull” Freire will be moving up to the lightweight division tonight at Bellator 160 as he will meet former UFC lightweight champion Benson Henderson in a number one contender fight in the main event of the fight card coming from the Honda Center in Anaheim, California.

Earlier this week, Pitbull was a guest on “The MMA Report Podcast” to preview his fight against Henderson. During his time on the weekly podcast, Pitbull explained how this fight came together and the size difference between himself and Henderson.

Check out Pitbull’s complete interview from Wednesday’s episode of “The MMA Report Podcast” below and be sure to subscribe to the show on iTunes and Stitcher.