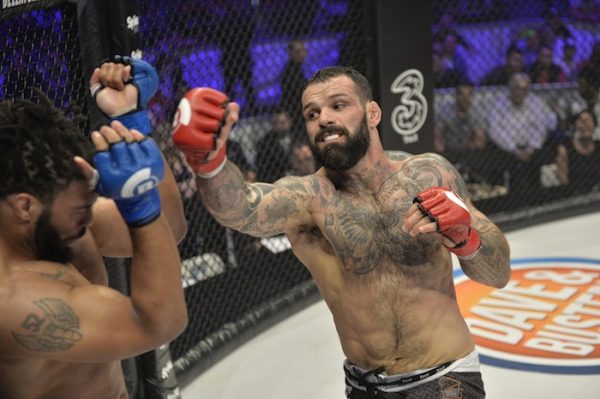 Bellator will be returning to Italy on December 10 for Bellator 167 and the mixed martial arts portion of the fight card will be headlined by a light heavyweight bout between Alessio Sakara and Joey Beltran.

The fight booking was announced by Bellator on Wednesday in a press release.

Sakara (18-11, 2NC) made his Bellator debut earlier this year at the first Bellator event in Italy and defeated Brian Rogers by knockout in the second round. He is unbeaten in his last three fights (2-0, 1NC) and both of those wins have come by TKO/KO. Beltran (17-13, 1NC) lost a split decision to Chase Gormley in a heavyweight bout earlier this year at Bellator 155. He has alternated wins and losses his in last six fights and two of his last three wins have come by stoppage.

Bellator 167 will come from the Mandela Forum in Florence, Italy and broadcast details on the fight card will be released at a later date.