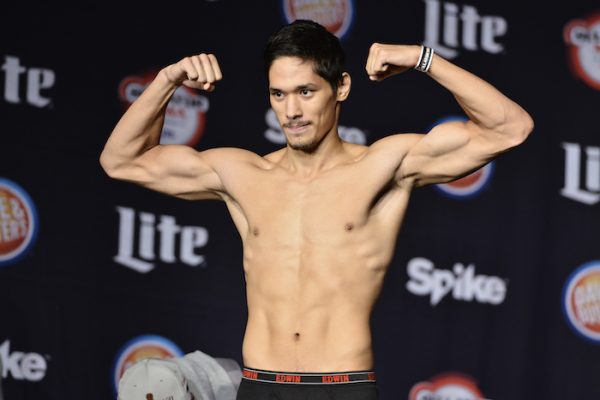 After having seven fights in the Bellator featherweight division, Goiti Yamauchi is moving up to the lightweight division next month at Bellator 162 as he will meet Ryan Couture.

The fight booking was announced by Bellator in a press release on Tuesday.

Bellator 162 will come from the FedEx Forum on October 21 in Memphis, Tennessee and the event will be headlined by former Bellator middleweight champion Alexander Shlemenko returning to the promotion to meet Kendall Grove.

Yamauchi (19-3) is coming off a decision defeat in March at Bellator 151 against Bubba Jenkins and the defeat snapped a three fight winning streak. Couture (10-4) is also coming off a defeat as he lot to Patricky “Pitbull” Freire in January at Bellator 148.

The current Bellator 162: Shlemenko vs. Grove fight card is below.