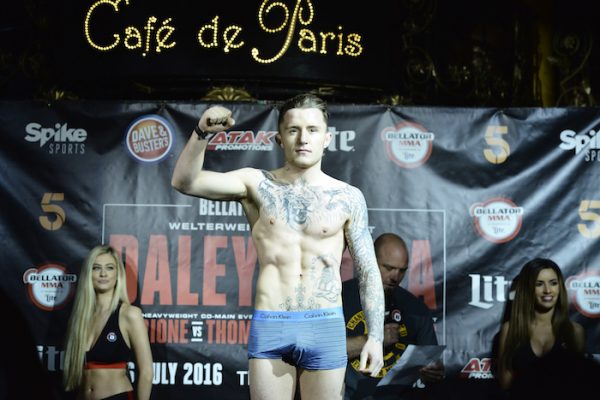 A featherweight bout has been booked for Bellator 164 on Thursday, November 10 in Tel Aviv, Israel as James Gallagher will look to remain undefeated when he meets Kirill Medvedovsky on the main card.

The fight booking was announced by Bellator in a press release on Monday.

Gallagher (4-0) signed with Bellator earlier this year and won his promotional debut in July with a decision victory against Mike Cutting. Prior to signing with Bellator, all of his wins came by submission in the first round and two of those wins came via rear-naked choke. Medvedovsky (7-2) has dropped two of his last three fights after starting 6-0. His most recent fight took place in March and he lost a decision against Magomed Ginazov.

The current Bellator 164: Koreshkov vs. Lima II fight card is below.

* – Fight Card will be shown via tape delay on Spike on Friday, November 11.