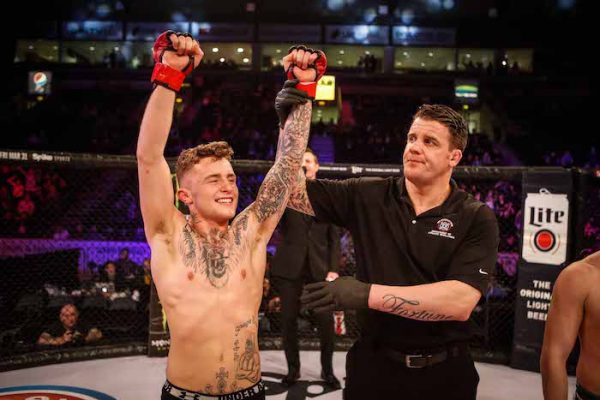 Rising featherweight prospect James Gallagher will look to remain undefeated tomorrow night at Bellator 180 as he will face Chinzo Machida on the fight card coming from Madison Square Garden in New York City.

Gallagher (6-0) made his debut in Bellator eleven months ago at Bellator 158 and scored the only decision victory of his career as he defeated Mike Cutting. Since that bout, he has won back to back fights by rear-naked choke submission and his most recent win came in February at Bellator 173 against Kirill Medvedovsky.

During this week’s episode of “The MMA Report Podcast,” Gallagher was a guest on the podcast to preview his fight tomorrow night at Bellator 180 against Machida.