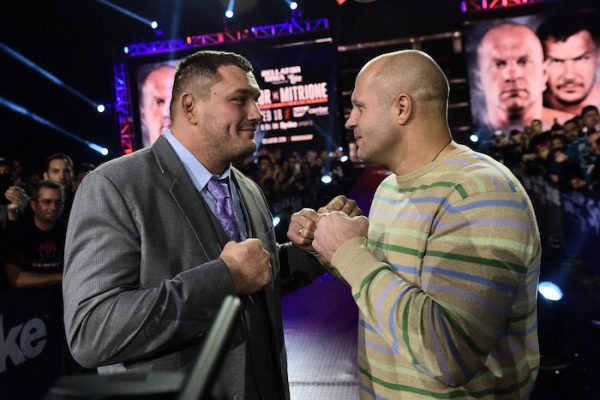 The biggest Bellator event ever will take place on Saturday night in New York City as Bellator NYC will come from Madison Square Garden and on Sunday, the UFC will be in Oklahoma City for UFC Fight Night 112 and get a preview for both of these fight cards on this episode of The MMA Report Preview Podcast.

Jason Floyd and Daniel Galvan start off the podcast by discussing Bellator NYC and the lack of buzz for the event. Plus, they give you their top five fights on this card and break down the fights that will take place on the pay-per-view portion of the event.

Following their preview of Bellator NYC, they turn their attention to UFC Fight Night 112. Just like Bellator NYC, there does not seem to be much buzz for this fight card. They give their picks for the fights and talk about the importance of the main event fight between Michael Chiesa and Kevin Lee.