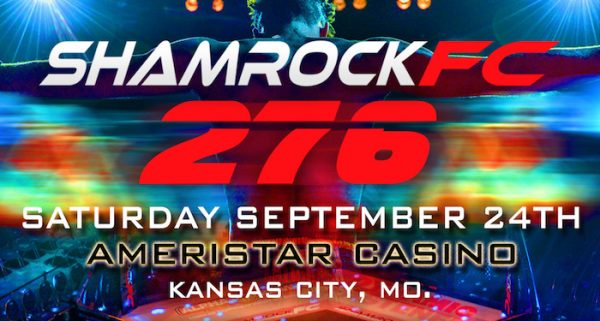 The fifth amateur fight for Rebecca Revelle will take place tonight at Shamrock FC 276 in Kansas City as she will meet Melissa Stringer on the fight card coming from the Ameristar Casino.

Revelle (3-1) opened up her amateur career with three straight victories and is coming off a stoppage defeat in February against Jennah Macallister. During Wednesday’s edition of “The MMA Report Podcast,” she talked about lessons she learned in that defeat and explained how she doesn’t even think of her opponent as a human.

“I don’t really focus too much on my opponent. If I know anything about them, a weakness or a strength, I may use that to my advantage,” Revelle explained. “But I really train like I am fighting 1000 fights on that night. I play the fight to go any direction that night anyway and I train to be the best athlete and warrior I can in there. I don’t really care what she brings because I will persevere and overcome that. Defeat her however I have too.”

“I don’t necessary care what she has to offer, what she does or anything like that,” she continued. “She can be fast. She can be strong. She could be good at standup. She can be good at ground. I am just going to be better. That is all I really know. All my opponent is to me is a stepping stone to get to the top. I appreciate them because it takes two to tango. But as far as her a person, she is not a person in there to me. She is standing in the way of me and my dream. So I don’t even think of my opponent as a human being. I dehumanize them and that makes my brutality that much easier also.

Take a listen to Revelle’s complete interview from The MMA Report Podcast below.