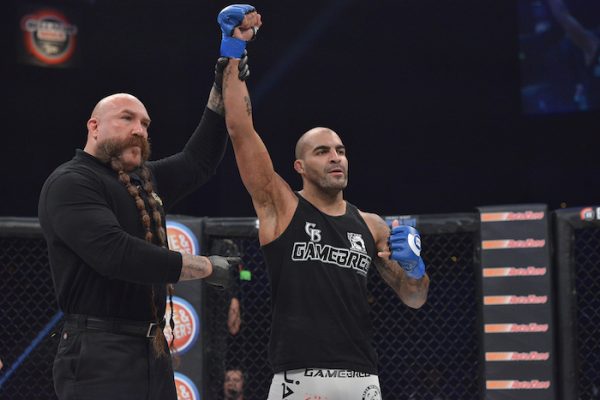 Video: Nick Barnes talks about vacant title fight at RFA 43 on Friday and origin of his nickname

The vacant welterweight title will be on the line Friday night in the main event of RFA 43 as Nick “The Phoenix” Barnes meets Brian Camozzi on the fight card coming from the 1stBank Center in Broomfield, Colorado.

Barnes (11-1) enters this fight with back to back victories and his most recent win came in June at RFA 38 against Jose Diaz. The decision victory over Diaz came after Barnes scored a submission victory over James Terry at Bellator 147 in December and nine of his eleven victories have come by stoppage.

With his vacant title fight at RFA 43 taking place this week, I had the opportunity to talk with Barnes about his fight against Camozzi on Friday. Along with discussing his upcoming fight, Barnes told me about the origin of his nickname and why he wanted to fight in Bellator last year.

Check out Barnes complete interview with The MMA Report below and RFA 43 will air on Friday night on AXS TV starting at 10 p.m. ET/7 p.m. PT.