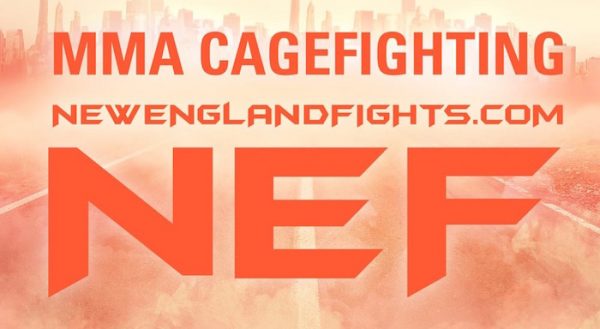 The co-promotion event between CES MMA and New England Fights on November 4 in Lewiston, Maine has been canceled due to matchmaking issues.

The event cancelation was announced by both promotions in a press release on Monday.

“The CES and NEF co-promotion scheduled for November 4 in Lewiston is no more. Executives from both companies announced today that the mixed-martial-arts event had been canceled due to matchmaking issues,” the press release stated. “With several fighters pulling off the AXS TV portion of the card, and others turning down fights offered by matchmakers, and with the 30-day deadline to submit the fight card to the state commission for approval looming, the two companies were left with no choice but to call the event off.”

CES MMA Vice President and Director of Legal Affairs Jimmy Burchfield, Jr. is optimistic that the event can happen in 2017 and CES MMA will be announcing details on their next event in the near future.

For New England Fights, their next fight card will now take place on November 19 at the Androscoggin Bank Colisee in Lewiston, Maine and will be headlined by a lightweight bout as Ryan Sanders will face Jon Lemke.

“Once we made the mutual decision to cancel the event,” said New England Fights matchmaker Matt Peterson. “I got on the phone and immediately started making calls. Within hours we had already assembled a spectacular card that we’ll be sharing with fans this week. No one will be disappointed when they make the trek to the Colisee on November 19th. We have an explosive event planned.”

Anyone who purchased a ticket from a fighter and would like a refund will have to return their ticket to the fighter for the refund. Fans who choose to keep their tickets for November 19 do not have to do anything. All tickets printed with the “November 4” date will be honored at the door on November 19.