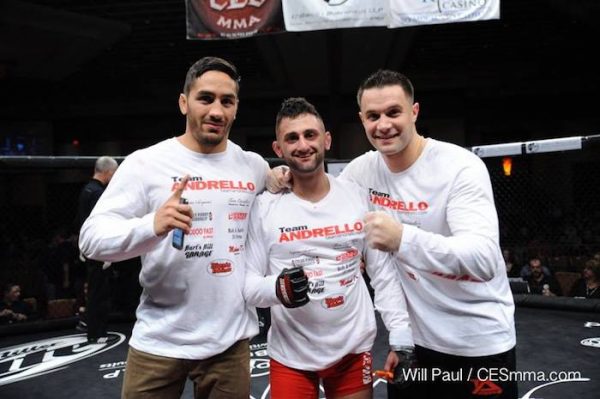 A flyweight bout has been added to the CES MMA 39 card on November 4 as Josh Ricci will look to remain undefeated when he meets Remo Cardarelli.

The fight booking was announced by CES MMA on Friday.

CES MMA 39 will come from the Plymouth Memorial Hall in Plymouth, Massachusetts and will be headlined by a middleweight bout as Chuck O’Neil will look for his third straight victory when he meets Wilfredo Santiago.

Ricci (2-0) made his pro debut at the beginning of the year at CES MMA 32 and defeated David Baxter by submission. He followed up that victory with another submission win in May as he defeated Dalton Brady at Prodigy MMA.

“I can’t wait for November 4. I have a tough opponent — my toughest challenge so far — but this is the best I’ve ever felt.” said Ricci. “Fight Night can’t come soon enough. A win over a really dangerous opponent like Remo is great for my career and moves me that much further up the ladder, and it’s going to turn a lot of heads.”

Cardarelli (6-4) is coming offa submission defeat in August against Darren Mima at Cage Titans 30 and he is 2-2 in his last four fights. Both of those wins came by decision and his last stoppage win came in 2014 at Cage Titans 20.

“I’ve always fought the toughest competition and Josh is no different. He’s a great young fighter I’ve heard good things about,” said Cardarelli. “But I feel amazing and I’m getting better each and every day. I’m ready to take what he gives me — and then try to take his head off his shoulders.”

The current CES MMA 39: O’Neil vs. Santiago fight card is below.