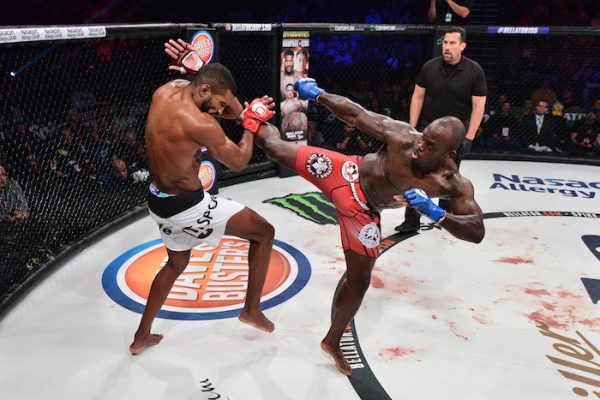 Bellator will be returning to Italy on December 10 and the MMA portion of the event will be headlined by a title fight rematch as Rafael Carvalho will defend the Bellator middleweight title against Melvin Manhoef.

The fight booking was announced by Bellator in a press release on Friday.

Bellator 168 will come from the Mandela Forum in Florence, Italy and broadcast details on the event will be announced in the coming weeks by the promotion.

Carvalho (13-1) scored a controversial split decision victory against Manhoef in their first meeting back in May at Bellator 155 in his first title defense. He will enter this fight on a thirteen fight winning streak and ten of those wins have come by TKO/KO. Manhoef (30-13-1, 2NC) has gone 2-2, 1NC since coming to Bellator in 2014 and both of those wins have come by knockout in the first round. He is 6-4, 1NC in his last eleven MMA fights and twenty-eight of his thirty MMA victories have come by TKO/KO.

The current Bellator 168: Carvalho vs. Manhoef II fight card is below.