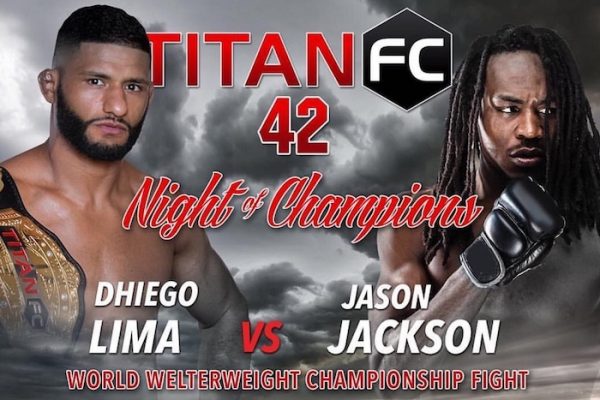 The main event of Titan FC 42 on December 2 in Coral Gables, Florida will be a title fight as Dhiego Lima will defend the Titan FC welterweight title against Jason Jackson on the fight card that will be streamed on UFC Fight Pass.

Lima (12-4) won the vacant Titan FC welterweight title in June as he defeated David Michaud by unanimous decision and he has won back to back fights since exiting the UFC last year. Both of his recent victories have come by decision and this will be his third fight in 2016.

During this week’s edition of “The MMA Report Podcast,” Lima was a guest on the podcast to preview his upcoming title defense against Jackson and explained how he has embraced technology in making corrections in training.