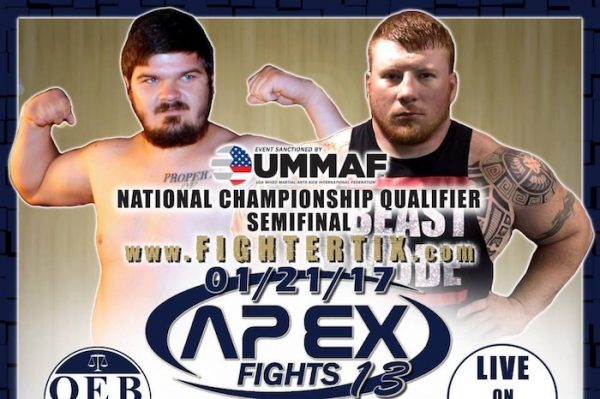 The main event of Saturday’s Apex Fights 13 will be a title fight as Billy Swanson will meet Justin Goodin for the amateur heavyweight title on the fight card coming from the Soddy Daisy Wrestling Arena in Soddy Daisy, Tennessee.

Swanson (4-1) made his amateur debut at the end of 2015 and enters this fight following back to back victories. Two of his last three wins have come by stoppage and he is coming off a submission victory against Sam McAlpin at Apex Fights 12 in September.

During this week’s episode of “The MMA Report Podcast,” Swanson was a guest on the podcast to preview his fight against Goodin on Saturday at Apex Fights 13 and what he wants to accomplish before going pro.