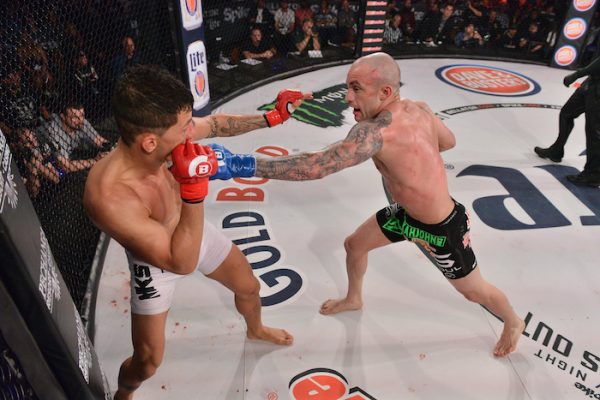 Video: Mike Richman on LFA 2, if he will return to bantamweight and what he wants to prove to himself

The main event of tonight’s LFA 2 on AXS TV will see the return of Mike Richman and he steps into the cage for the first time in 20 months when he meets Lazar Stojadinovic on the fight card coming from the Mystic Lake Casino Hotel in Prior Lake, Minnesota.

Richman (18-6) has been on the sidelines for the last 616 days due to a suspension following his fight against current Bellator bantamweight champion Eduardo Dantas at Bellator 137 due to a failed drug test and he is returning to the featherweight division tonight to face Stojadinovic.

During this week’s episode of “The MMA Report Podcast,” Richman was a guest on the podcast to preview his fight tonight in the main event of LFA 2 and exlained what he wants to prove to himself tonight in his fight against Stojadinovic.