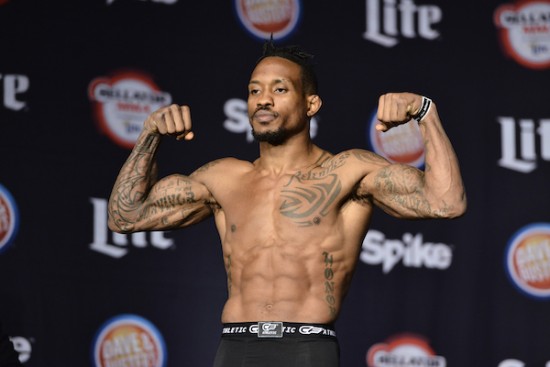 After having eleven fights in Bellator, featherweight Bubba Jenkins is now a free agent as the promotion has released him from his promotional agreement.

The MMA Report learned of Bellator releasing Jenkins from his contract on Tuesday from sources close to the promotion and Jenkins representation sent a tweet to The MMA Report on late Tuesday afternoon explaining what happened.

Bubba asked for this release after suffering many troublesome grievances by the promotion. @TheMMAReport https://t.co/UIv6bxFPJ1

Jenkins (11-3) entered Bellator in 2013 and he initially came into the promotion as a lightweight. After winning two of his first three fights in the promotion, he dropped down to featherweight in 2014 and went 5-2 in the 145 pound division. His last fight came in August at Bellator 160 and he had his three fight winning streak snapped when he lost to Georgi Karakhanyan by knockout in the first round.