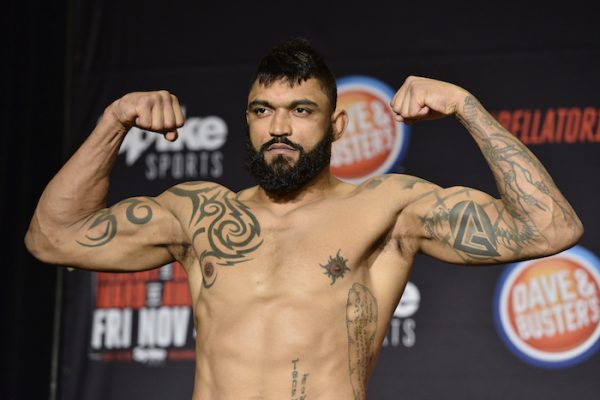 Bubba Jenkins is now a free agent as he was released from his contract with Bellator and while a majority of people in the mixed martial arts community is questioning this move by Bellator, Jason Floyd tells you why he understands why Bellator decided to part ways with the featherweight fighter.

After giving his thoughts on the Jenkins situation with Bellator, Jason touches on the 3-man broadcasting booth used this past weekend at UFC 208 and explains why he thought it was a good broadcast. Also, Jason talks about some of the latest fight bookings in MMA including the odd matchup between Cub Swanson and Artem Lobov.

Along with discussing those subjects, Jason has five fighter interviews this week on the podcast as he is joined by Liam McGeary, Oli Thompson, Josh Appelt, Leon Davis and Czar Sklavos. McGeary previews his fight next week at Bellator 173 in Ireland against Chris Fields and he talks about losing the Bellator light heavyweight title against Phil Davis.

The final two interviews on this week’s podcast are with Davis and Sklavos. Davis talks about his fight next week at AMMO Fight League against Ralph Johnson in a welterweight bout and Sklavos previews his flyweight bout against Casey Johnson at Front Street Fights 11.

Finally, Jason gives a mini preview of this weekend’s MMA and tells you about a middleweight bout that is now official for next month’s UFC 209 as a fighter has received a license from the Nevada Athletic Commission after being unable to get a license through the New York State Athletic Commission.