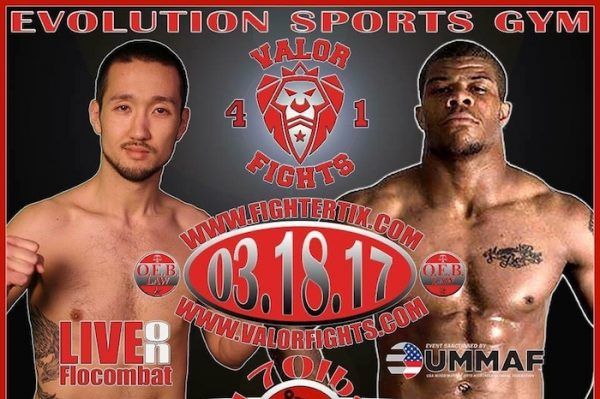 After suffering a setback last year, Jason King looking to regain his momentum at Valor Fights 41

Jason King will return to competition in two weeks at Valor Fights 41 as he will meet David Suter in a welterweight bout on the fight card coming from the Evolution Sports Gym in Elizabethton, Tennessee.

King (3-2, 1NC) made his professional debut in 2014 and all of his professional fights have taken place in Valor Fights. In his most recent fight, he was defeated by stoppage in the 3rd round by Wesley Golden at Valor Fights 39 and that defeat snapped a two fight winning streak.

During last week’s episode of “The MMA Report Podcast,” King was a guest on the podcast to preview his upcoming fight against Suter at Valor Fights 41 and talked about how he is looking to get his momentum back in this fight following the defeat last year against Golden.