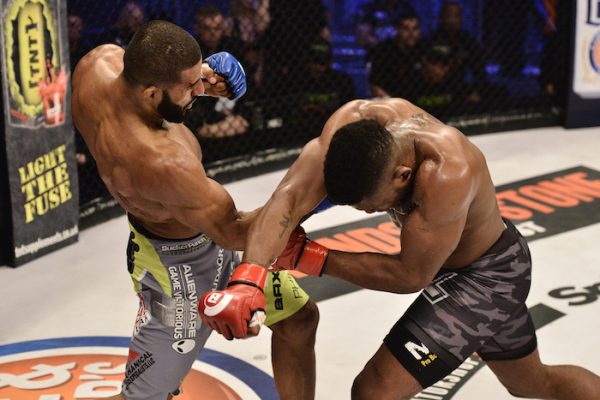 Douglas Lima became a two-time Bellator welterweight champion last year when he evened up the score against Andrey Koreshkov when he scored a knockout victory in the third round at Bellator 164.

Following the victory over Koreshkov at Bellator 164, Lima (28-6) had to rehab some injuries and returned to training earlier this month. With Lima returning to the gym, when will the Bellator welterweight champion return to defend his title and who is he interested in fighting?

On Wednesday evening, I had the opportunity to speak with Lima about that question and he mentions that he is interested in facing Lorenz Larkin at Bellator 180 in New York City. Other topics in our conversation included Rory MacDonald vs. Paul Daley, if he is rooting for MacDonald to win that fight, the unique striking style of Michael Page and next week’s Bellator 175.