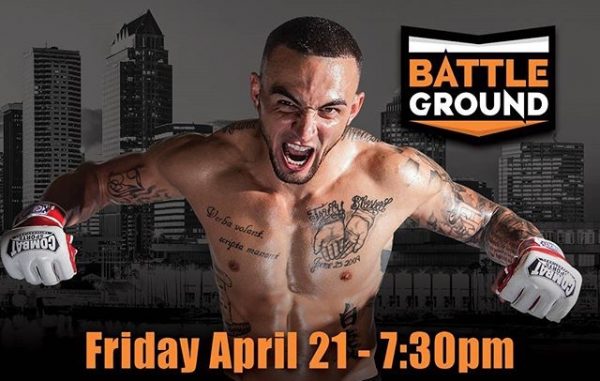 Battleground MMA will take place on Friday and will feature a featherweight bout as Jeremy Davis will look to bounce back when he meets Anthony Tidsdale on the fight card coming from the Tampa Convention Center in Tampa, Florida.

Davis (3-1) suffered his first defeat last year at CES MMA 39 as he was stopped in the second round by Peter Davis. Prior to that fight, he had won all of his professional fights by stoppage and two of those wins came by submission.

During last week’s episode of “The MMA Report Podcast,” Davis was a guest on the podcast to talk about his fight set for Friday night at Battleground MMA.

Battleground MMA will be available on FITE TV for $19.99 and calling the fights will be The MMA Report Podcast host Jason Floyd  and the color commentator will be UFC lightweight Dustin Poirier (Note: This event will be blacked out within a 72 mile radius of Tampa).