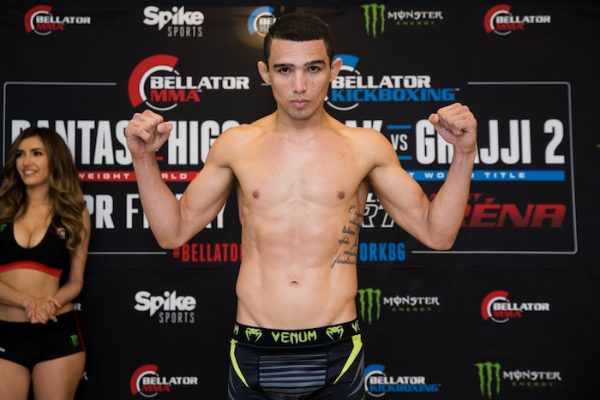 Leandro Higo explains his fighting style and being his worse critic

The Bellator debut of Leandro Higo will take place today as he will meet bantamweight champion Eduardo Dantas in a non-title bout on the fight card coming the Budapest Sports Arena in Budapest, Hungary.

Higo (17-2) enters Bellator after winning the inaugural Legacy Fighting Alliance bantamweight title in January against Steven Peterson and has won eight straight fights. During his winning streak, six of the eight wins have come by stoppage and five of those wins have come by submission.

During this week’s episode of “The MMA Report Podcast,” Higo was a guest on the podcast to preview his fight today against Dantas.