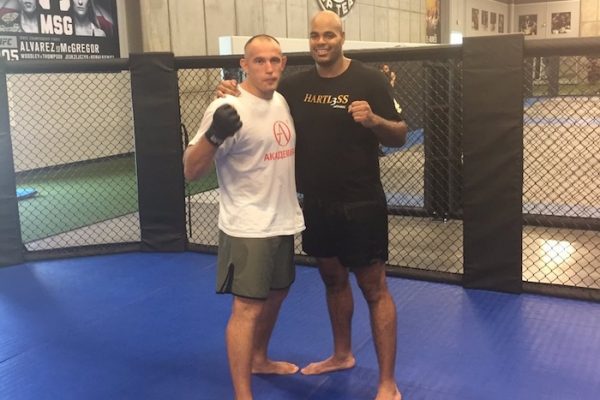 Video: Everett Sims on training with Aleksei Oleinik and wanting to bring sexy back to heavyweight division

The next episode of Dana White’s Tuesday Night Contender Series (August 8) will feature a heavyweight bout as American Top Team’s Everett Sims will look to remain undefeated when he meets Shelton Graves.

Sims (4-0) made his professional debut in 2014 and all of his wins have come in the opening round. He’s coming off a TKO victory at Fight Time 36 in April as he defeated Frank Tate and he’s one of the main training partners for UFC heavyweight Aleksei Oleinik.

During this week’s episode of “The MMA Report Podcast,” Sims was a guest on the podcast to preview his fight against Graves on Dana White’s Tuesday Night Contender Series. In addition to previewing his upcoming fight, he talked about training with Oleinik and wanting to bring sexy back to heavyweight division.